The official dedication of the new Micahel J. Hagan, ’85, Arena won’t be until Saturday. But you can get your first looks at the finished product right now: 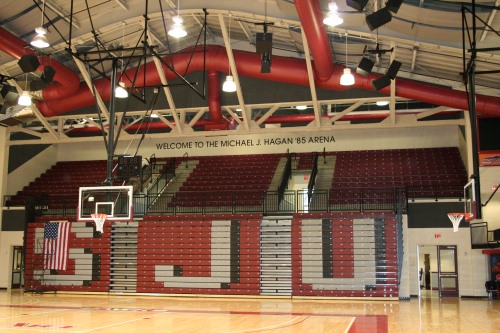 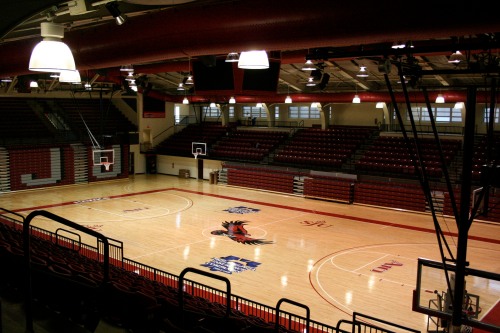 Ahmad Nivins’ NBA dream will have to wait a little while. Last year’s Atlantic 10 Player of the Year yesterday signed on to play with Basquet Manresa in Spain’s ACB.

Nivins was drafted by the Dallas Mavericks with the 56th pick in the 2009 NBA Draft. The Mavs still retain his NBA rights.

Manresa, based in the Barcelona province, finished 14-18 last year, good for 10th out of 17 teams in the ACB, which is considered by many the strongest in the world outside the NBA. Alumni of the ACB include 2009 fifth overall pick Ricky Rubio and NBA All-Star Pau Gasol. The league boasts 10 winners and 14 runners-up in the half-century of the Euroleague and former European Cup.

Nivins is the 28th Hawk drafted in the NBA, and the first to receive the honor since Jameer Nelson and Delonte West in 2004. He is the third-leading scoring in St. Joe’s history (1,789 points), the sixth-leading rebounder (955), and all-time leader in field goal percentage (62.7). He was the A-10 and Big 5 POY last season, and an All-American Honorable Mention.